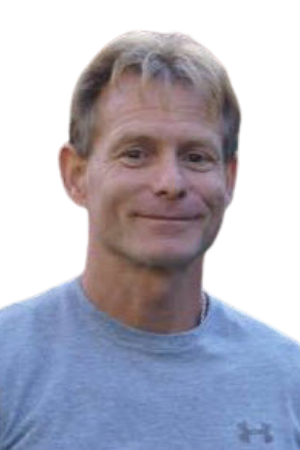 jlewis@eddesignlab.org Connect with Jeff on LinkedIn

Jeff is excited to bring his background as a former classroom teacher, longtime coach, and decades-long experience in the SaaS Support and Success within the Higher Education sector to the Education Design Lab.

Jeff has followed a rather unique path to arrive where he is now.  After earning a B.S. in Industrial Engineering and Operations Research from Syracuse University he had a brief stint as a professional soccer player in Canada.  It was during this time that Jeff discovered his passion for working with children and decided to parlay this passion into becoming a classroom teacher.  Upon earning a Secondary Mathematics Teaching Certification from Buffalo State College, Jeff relocated to North Carolina where he taught 6th grade math for 5 years (nominated Teacher of the Year at the Durham School of the Arts in his first year) before taking a position as a Program Coordinator at All Kinds of Minds, now part of the Q.E.D. Foundation, whose mission is to create, inspire, cultivate, and sustain cultures of transformational learning where we are all learners, learning changes lives, learning needs to happen in different ways, and learning empowers us.

Just prior to the Lab, Jeff served for 11 years as Director of Client Support and Success at ThinkOptimal, a SaaS provider of innovative career technology solutions for organizations and individuals.  During his tenure at ThinkOptimal, Jeff pursued his M.S. in Athletic Administration at North Carolina Central University.

When not working Jeff can be found on the soccer pitch coaching for an MLS Next Academy club, collecting and reading comics (current collection exceeding 23,000), or spending time with his girlfriend Sonnie, daughter Jada, and rescue boxer-pit mix, GiGi.