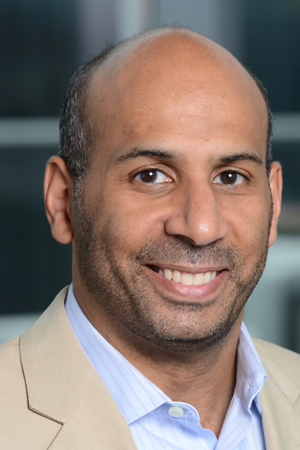 Marco A. Davis leads the Congressional Hispanic Caucus Institute (CHCI), a national nonprofit organization dedicated to developing the next generation of Latino leaders. CHCI provides public service and policy experiences to outstanding Latino/a/x students and manages a network of nearly 4,000 highly accomplished alumni, and also convenes a variety of stakeholders that include Members of Congress and other public officials, corporate executives, and nonprofit advocates and leaders to discuss issues facing the nation and the Hispanic community. Davis joined CHCI in May 2019.

Prior to joining CHCI, he was a partner at New Profit, a national nonprofit venture philanthropy organization that invests in breakthrough social entrepreneurs and in systems change initiatives. At New Profit, he led Capitalizing Diverse Leaders and Organizations, a comprehensive strategy to create a more equitable social sector through increasing capacity-building funding and support for diverse leaders, and advancing diversity, equity, and inclusion.

Before New Profit, Davis served under President Barack Obama as Deputy Director and Acting Executive Director of the White House Initiative on Educational Excellence for Hispanics, which included leading engagement with the Hispanic community on the My Brother’s Keeper (MBK) Initiative. He also served as Director of Public Engagement for the Corporation for National and Community Service. Previously, he was Director of Global Fellowship and Regional Manager for Latin America at Ashoka’s Youth Venture. Earlier in his career, he was Director of Leadership Development at UnidosUS (formerly the National Council of La Raza), where he created the Líderes Initiative.

Davis is a frequent speaker on topics including the U.S. Latino community, diverse leadership in the nonprofit sector, and education in the United States, and has been featured at events such as the Aspen Ideas Festival and Skoll World Forum on Social Entrepreneurship. He is an Ambassadors for Health Equity Fellow, a Pahara-Aspen Education Fellow, and a Hispanics in Philanthropy (HIP) NGen Fellow.

Davis serves on the boards of Education Leaders of Color (EdLoC), and the Education Design Lab. He received a B.A. in History and Latin American Studies from Yale University, and is a member of Alpha Phi Alpha Fraternity, Inc. Originally from the New York City area, he lives in the District of Columbia with his wife and daughter.