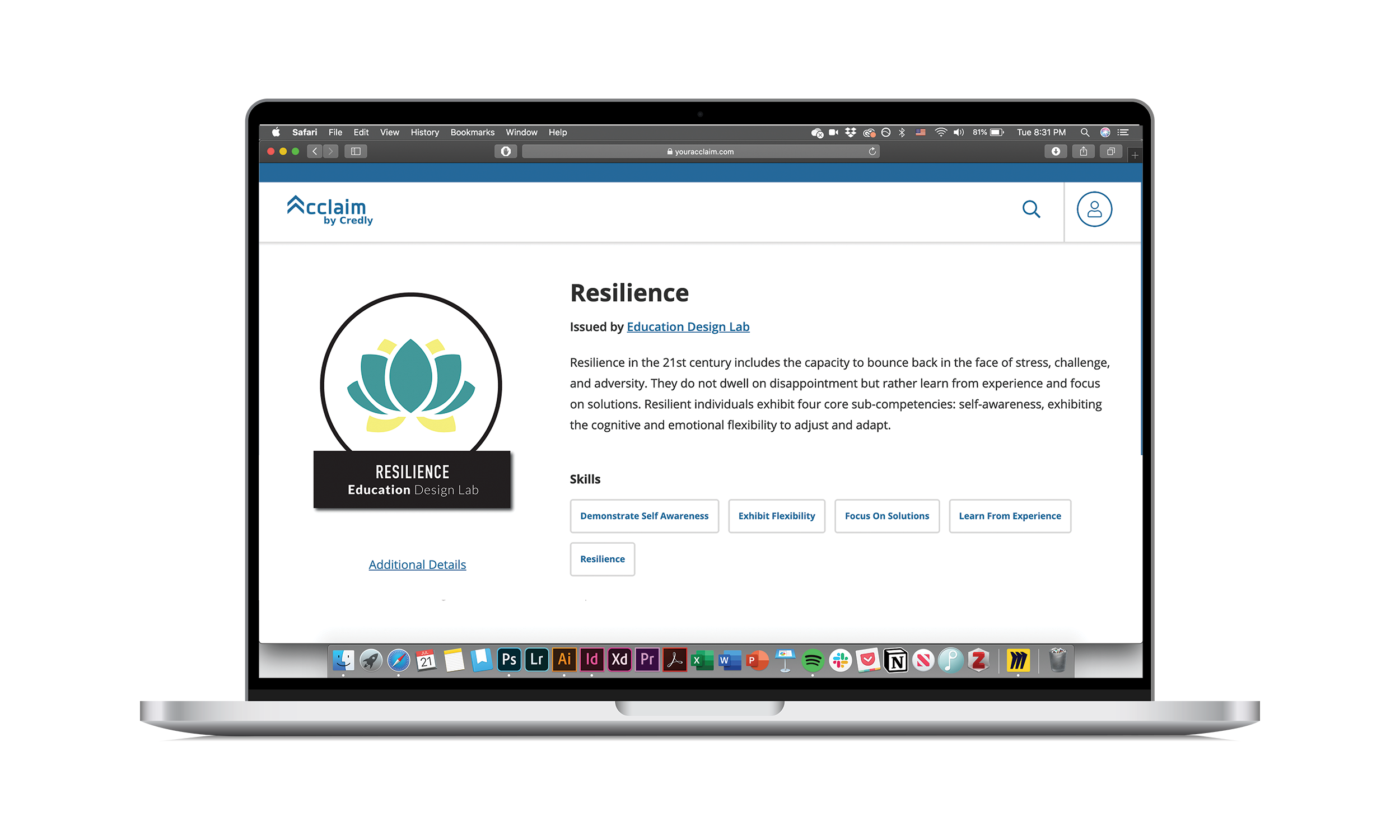 More and more, colleges, K-12, employers and non-traditional learning providers are asking to break down old-school degrees to create shorter, more targeted units of learning. The Lab has helped to create and pilot more than 100 use cases for teaching and credentialing individual skills or a progression of skills, which we call micro-pathways.

Bobbi Makani, a faculty member at the Lucas College and Graduate School of Business at San Jose State University, California, chose her required first-year business class to embed and offer the Lab’s Oral Communication Micro-credential. Professor Makani recognizes the value of oral communication for her learners, especially in Silicon Valley where internships are the path to employment. Bobbi reworked her syllabus to call out the sub-competencies of oral communication—making it transparent and obvious to her learners that they were building these skills throughout her course.  Professor Makani did not have to rewrite her entire course. Instead, she found opportunities in her class to swap out or supplement existing content and ensure alignment between her course and the competencies associated with the Oral Communication Micro-credential.

Embedding micro-credentials in a required course is part of San Jose State University’s strategy to scale the work and provide all learners with an opportunity to earn the Lab’s 21st Century Skills Micro-credentials. Many professors are indirectly teaching 21st skills already, and learners are indirectly practicing them but by making the learning more intentional, learners develop a much deeper understanding of the skills and their strengths and weaknesses.

The University of Maine System, an early adopter of digital badges as a valid signal of skill attainment, require the Lab’s 21st Century Skills framework as part of their Level 2 badges.  After testing the Lab’s micro-credentials at the flagship campus in Orno, the system moved to adopt the framework ensuring consistency across its seven 4-year institutions. Students who move beyond the Level 1 “foundational” credentials can earn the Lab’s micro-credentials as part of curricular and co-curricular experiences. This critical level catapults students from exposure to rigorous learning and practice and prepares them for Level 3 when students apply the skills in real-world experiences and training. 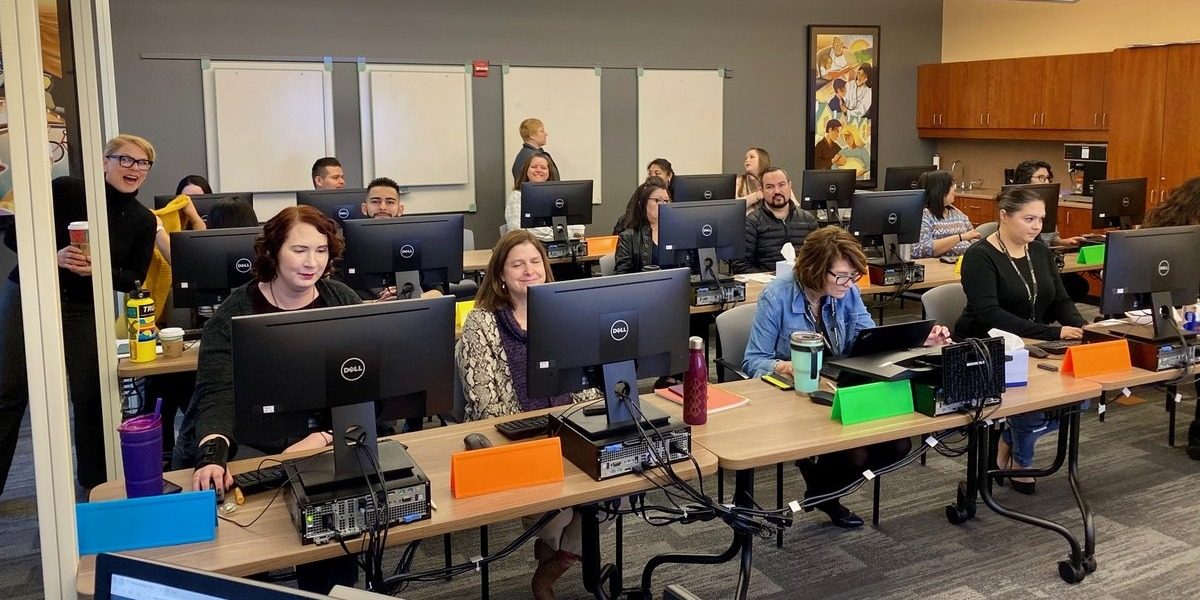 Goodwill San Antonio partnered with Palo Alto College (one of five schools in the Alamo Colleges District) to upskill its frontline workers for Advanced Manufacturing–one of the highest growth industries.  The goal of project, Upskill San Antonio, required a new model that would allow Goodwill’s team members (i.e., employees) to acquire the in-demand technical and 21st century skills, while still working a full-time job.  After polling employers to understand which 21st century skills were valued in Advanced Manufacturing, two models were tested.

The first model, called Certificate-Plus, embedded the Collaboration micro-credential into an existing course (Supervision) in Palo Alto’s Advanced Manufacturing Certificate program.  Palo Alto’s instructional designers worked with the Supervision course instructor, and with guidance from the Lab, to create a fluid learning experience that allowed team members to earn the Collaboration micro-credential as part of the online, self-paced course, en route to a Level-1 Certificate.

The second model, called SkillsBooster, combined three 21st Century Skill micro-credentials (Resilience, Collaboration and Creative Problem Solving) and allowed team members to earn the micro-credentials as part of their day-to-day work.  The 13-week (not for credit) course was self-paced, delivered online and required approximately two hours of time per week.

The Minnesota State System IT Center of Excellence is integrating the Lab’s micro-credentials into courses for all IT learners  across four campuses to provide learners with discrete skills and relevant opportunities to practice the skills in ways that are meaningful to local and national employers. Called Project Elevate, the goals are to (1) improve IT and computer science learners’ awareness and skill levels in communication, initiative and collaboration, (2) improve faculty awareness and comfort levels in teaching 21st century skills, (3) improve employers’ viewpoints and use of micro-credentials in their hiring workflows, leading to an increase in hiring of Minnesota State IT and computer science learners and (4) improve Minnesota State’s capabilities in awarding micro-credentials, and the ability to use a third-party badging platform. Listen to this podcast to learn more about the great work on Project Elevate.

George Mason University, the largest public institution in Virginia, co-developed the original Resilience micro-credential with the Lab, and offers multiple ways for learners to earn it as part of a campus-wide well-being initiative. Those enrolled in the School of Integrative Studies can earn the micro-credential through their course studies. A broader self-directed option is offered to all learners through the Office of Student Life,  with cohorts led by resident advisors in dorms or student work study supervisors. This group meets 3 times during the semester in person, and interacts online via Blackboard for discussions and reflection on the material.

Join our Innovator Network + never miss an update on our micro-credentialing work.