Skip to content
How we move forward after the Supreme Court’s decision to overturn Roe v. Wade See Announcement 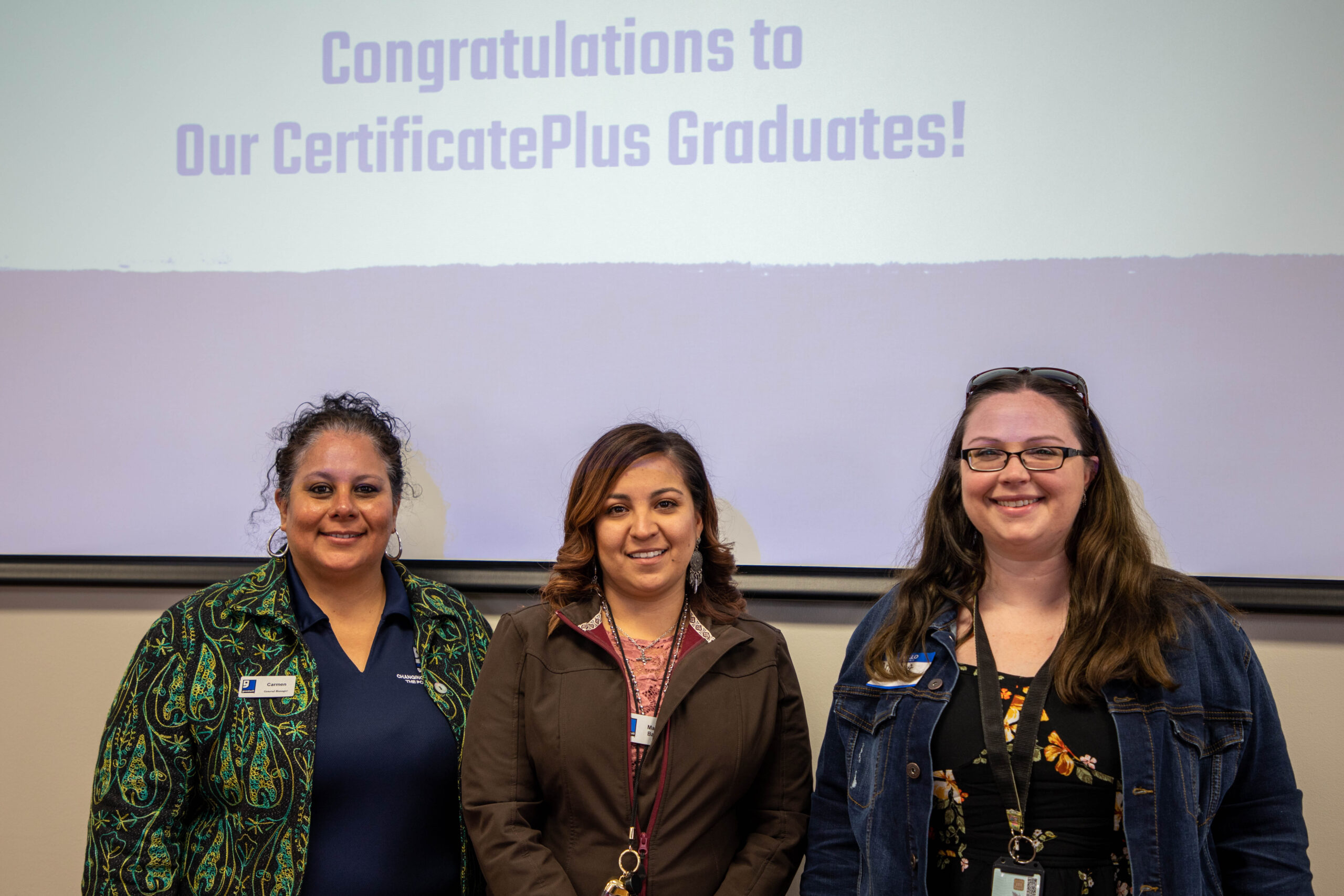 Many of us think of Goodwill as a great service for donating clothes or household goods we no longer need or want. But behind the stores and drop-off locations, Goodwill is a 120-year-old, international nonprofit social enterprise comprised of 155 community-based, autonomous organizations in 12 countries and 3,200 stores in North America that combined do a lot more than accept and sell donated goods.

In a recent Harvard Business Review Imagining the Future of Work podcast, Goodwill International Industries President and CEO Steve Preston said, “Most people do know us for our stores, but our mission in life is to help people reach their full potential through learning and, ultimately, through employment. We work to tool people with the right kind of supports and services so that, ultimately, they can take care of themselves and move down a successful career path.”

The mission of providing meaningful career education and advancement assistance is not lost at Goodwill San Antonio, a 77-year-old organization with 1,500+ employees (called “team members”) who serve Texans within a surrounding 24-county territory. Goodwill San Antonio offers many no-cost-to-enroll programs, three of which include: Good Careers Academy provides comprehensive and accredited vocational training. The Good Careers Centers assist job seekers with job readiness and immediate access to employment. Youth Services, through the NXT Level Program and in partnership with the City of San Antonio and Community In Schools of San Antonio, assists young adults, ages 16 to 24, with their career goals. And Digital Literacy provides computer and internet training.

UpSkill SA! is the most recent addition to their free, career-enhancement programs, developed through an innovative partnership with Alamo Colleges District’s AlamoONLINE at Palo Alto College and Education Design Lab (the Lab). UpSkill SA! offers Goodwill team members tuition-paid enrollment in a series of noncredit online badges, called “SkillsBoosters,” and a 21-credit Level 1 Certificate in Logistics Management provided by AlamoONLINE. Both got off to a strong start in late 2019 and early 2020. During that time, 54 team members in two cohorts earned a total of 72 badges. In addition, 23 learners enrolled in the first two flex semesters of the certificate program, which officially launched during the Fall 2019 and Winter 2020 semesters.

Then came the pandemic, which brought a temporary cancellation of the program in early 2020. Of the 23 learners enrolled in the certificate program, three currently employed team members continued and earned the certificate in 2021.

The program has since re-constituted itself and is back on track with more team-member cohorts increasingly coming on board for both the SkillsBoosters badges and the certificate program. As an added benefit, the Goodwill San Antonio Digital Literacy program, which helps potential enrollees learn the foundational digital skills needed for studying online, was developed and implemented through lessons learned during the piloting and launching of UpSkill SA.

The three team members who completed the certificate – Angela Ashworth, Maryjo Barrera, and Carmen Frias – are all working mothers who are a testament to the effectiveness of the program.

Ashworth, 36, is an engaged mother of four children, ages 9 through 15. She’s an eight-year Goodwill employee who currently works full-time at the Randolph Air Force Base location. “The world was in a pandemic, and I was able to hold down a full-time job, four kids, and school,” she said, adding that the certificate program was a fast and convenient “adventure” but also very challenging for someone who had never attended college-level classes, let alone fully online. “I had to make time to study and do all the school work,” Ashworth explains. “I feel I have grown a lot. In the future, I will continue to expand my education because this experience showed me that I can do more things than I gave myself credit for.”

Barrera, 33, is a married mother of eight (four of whom are step children), ages 11 through 25. She, too, works full-time at Randolph Air Force Base and was a newbie to college. “It was difficult for me being out of school for so long. I was reaching out to my professors almost every single day,” she said, adding that the support staff at Palo Alto College “helped me every step of the way.”  Since the certificate is stackable, Barrera has enrolled in the Logistics and Supply Chain Management A.A.S. program and is currently taking general education required courses. She says she got her inspiration to pursue a higher education from her children. “I needed to show them if their mom can go back to school and finish, they have the choice to do it, too.” Her teenage son, for instance, is enrolled in a high school early-college program. “He tells me all the time, ‘Mom, you’re doing it. I’m going to do it.’”

Frias, 46, is a married mother of five adult-aged children. She’s been working for Goodwill San Antonio for 17 years and is currently the full-time manager of its Gateway store in Live Oak. She attended a four-year college about 20 years ago but had to drop out after having her fifth child while working part-time. “It was just overwhelming,” she said. “I was not able to really commit to it.” With her children now grown into adulthood, she decided to enroll. “When I went to the orientation and found out I could do this at my own pace from home [fully online], I thought it was doable for me, so I signed up,” she added. Frias was inspired to earn the certificate by her daughter, who at the time was in the process of earning her bachelor’s degree. “She was my motivator. She kept telling me I could do this.” Now Frias is encouraging her coworkers to enroll. “I’m just thankful Goodwill provided this program. It has really been an inspiration in my life to be able to do this.”

“It was an uplifting experience to teach Goodwill team members through Palo Alto College’s partnership with UpSkill SA! Seeing individuals coming in and gaining their certificate in logistics to advance their careers is very encouraging, especially now that training in these areas is so vital due to growing demand,” said Ronnie Brannon, lead instructor for the Logistics and Supply Chain Management program at Palo Alto College. “They emerged industry-ready and ready to make a difference in their organization or future organization.”

A program whose time has come

“Goodwill San Antonio deeply believes in growing their team members,” said Don Fraser, the Lab’s Chief Program Officer, who spent time on the ground with some of the San Antonio stores and its central office. “You can see pictures of team members everywhere. They are able to transform peoples’ lives, and they celebrate that all the time,” he explained, adding that many of the support services provided by Goodwill — such as life-skills coaching, career navigation, and giving enrollees paid study time during their full-time shifts — “is a key difference.” The end result is that team members feel like they belong there and are valued. Last year, Goodwill San Antonio held a celebratory breakfast for the three graduates.

“We are doing amazing things here in San Antonio for our team members, providing them with an opportunity to upskill themselves – at no cost – so their lives get better, their family lives get better,” said Jessica Greenway, Goodwill San Antonio’s Director of Training and Development. “They are achieving amazing results both personally and for the business of Goodwill.”