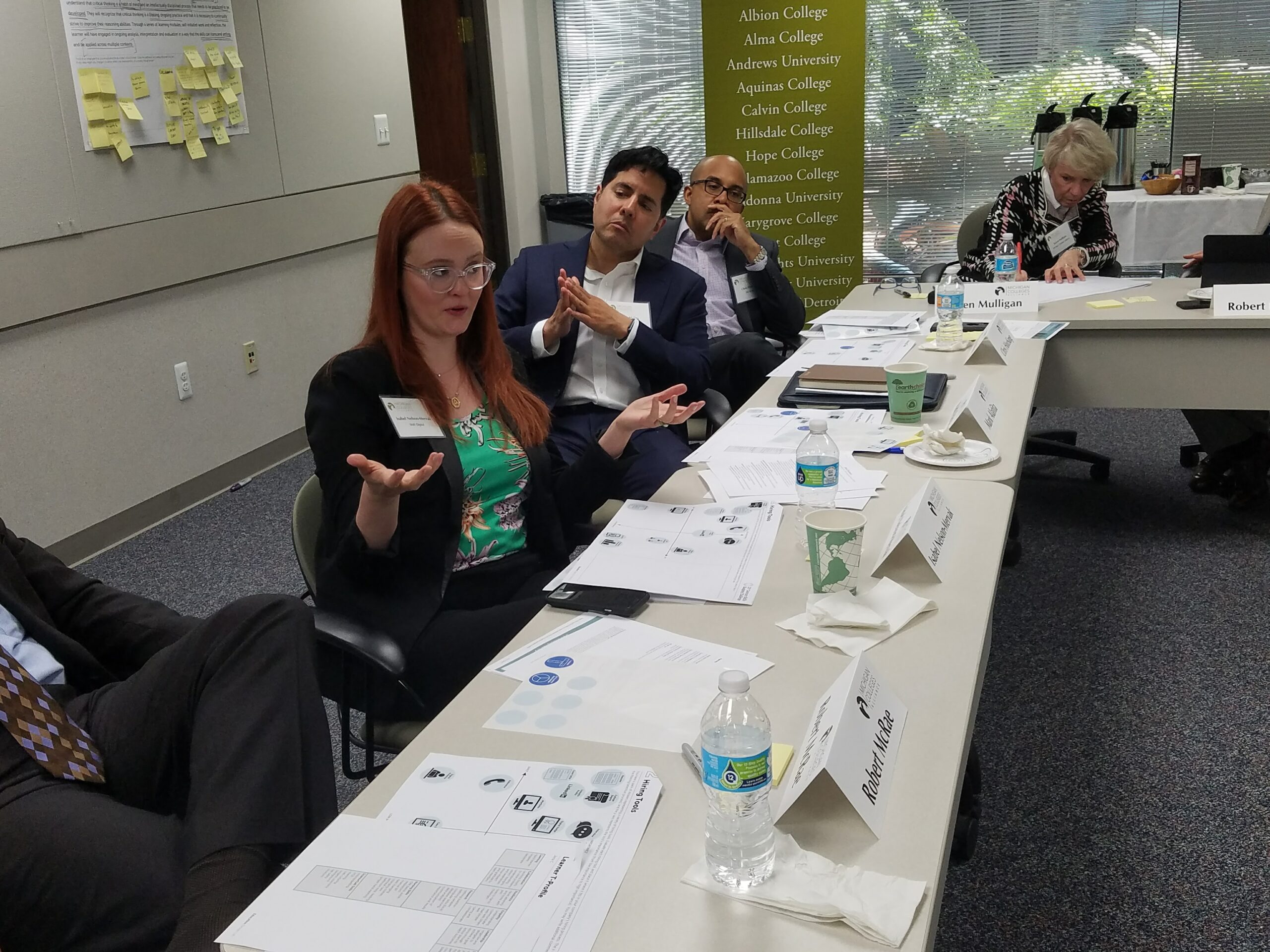 The 21st Century Skills Badging Challenge student pilots are wrapping up as the academic year comes to a close—but the Lab’s work with employers is ramping up. In partnership with Michigan Colleges Alliance, the Lab team led two dynamic sessions with a wide range of local and national employers from across the state. The sessions focused on moving towards skills-based hiring, how 21st Century Skills Badges can work within current hiring practices, and the T-shaped individual (someone who possesses the deep knowledge and skill set of one discipline—vertical/technical skills—as well as skills that cross disciplines—horizontal or 21st century skills).

While the resume and cover letter (the incumbent and trusted early signals) remain the first step of a job application, employers reported that 21st Century Skills Badges and profiles of T-shaped learners would be of similar—if not more—importance. Over 90% considered 21st Century Skills Badges of higher importance than cover letters, and over half of employers said that the badges would be prioritized over a resume.

The rich feedback that emerged from the employer sessions, in conjunction with the student responses from the live pilots, will help the Lab refine the 21st century skills badge earning process and push forward a set of digital badges that address both employer and student needs.