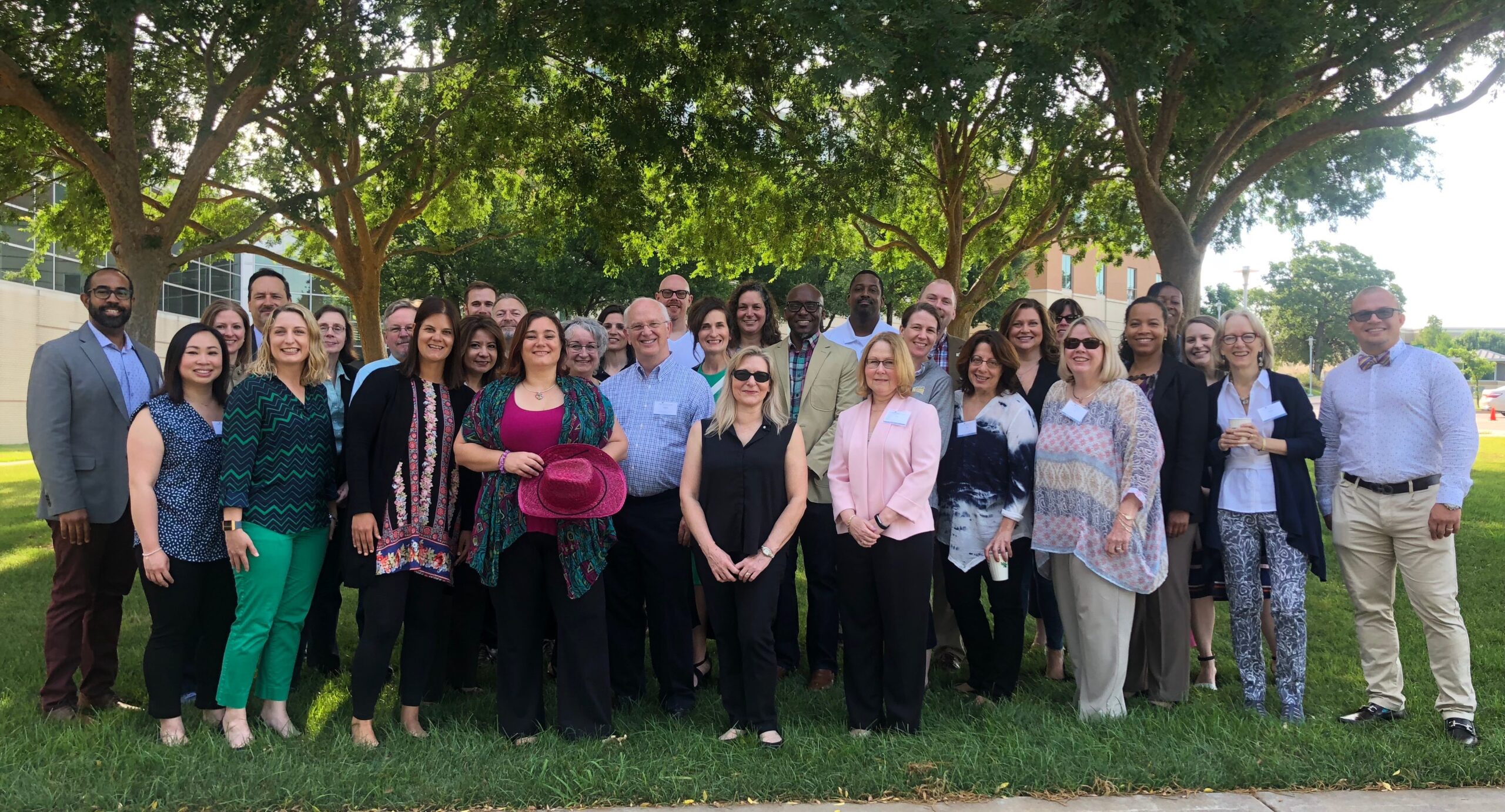 “The convening helped us clarify our stakeholders, get a better handle on our target student groups, and helped to narrow the focus on our solutioning space.”

After nine months of planning, preparing, and designing their prototypes, the Seamless Transfer Pathways Cohort reconvened at the University of North Texas in Denton, Texas ready to build out their student-focused #SeamlessTransfer pilots in an immersive one-and-a-half-day convening. This is the second design session of the challenge where core team members from all nine institutions were together in the same space. Subject matter experts in a variety of spaces were also invited to the session to act as “provocateurs” or instigators to help elevate and push each team’s pilots.

The session kicked off with a reflection session led by the Education Design Lab’s president, Kathleen deLaski and Janet Marling,  Executive Director of the National Institute for the Study of Transfer Students (NISTS). Following the reflection, teams were led through a series of activities to explore and evaluate their prototypes/pilots alongside the provocateurs to get the critical feedback necessary for a design that will be impactful and meaningful for students. Throughout the session, teams that have been working together continued to have breakthroughs and  “Ah-hah’s”. And just as Coach Leslie suspected, teams were excited and ready to take up this task and move their prototypes to pilot this fall.  At the end of the session, each team shared a “pitch” to the rest of the STP Cohort.

Stay tuned for a sneak peek into the team’s pilots!