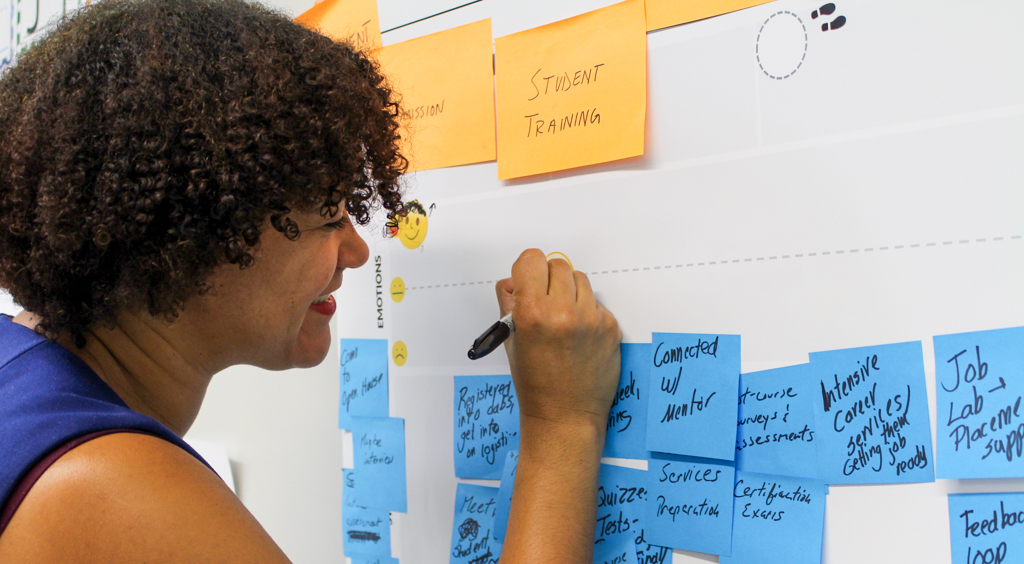 Established in 2020, the Open Skills Network is a group of nearly 450 employers, educational organizations, and technology providers dedicated to accelerating the adoption of skills-based education and hiring by establishing a network of open skills libraries and skills data. With coordination from BrightHive, support from Walmart, Western Governors University, and the U.S. Chamber of Commerce Foundation, and building off the work of Concentric Sky, Credential Engine, Emsi, and others, the Open Skills Network is developing common standards and practices to serve as the infrastructure for widespread skills-based education and hiring practice adoption.

As part of the Open Skills Network 2021 pilot program aimed at bringing greater collaboration and transparency to the credentials market to advance skills-based learning and hiring, the Lab released our 21st Century Skills Competency Framework, which will play a role in solidifying and elevating an open skill library of Rich Skill Descriptors (RSDs). 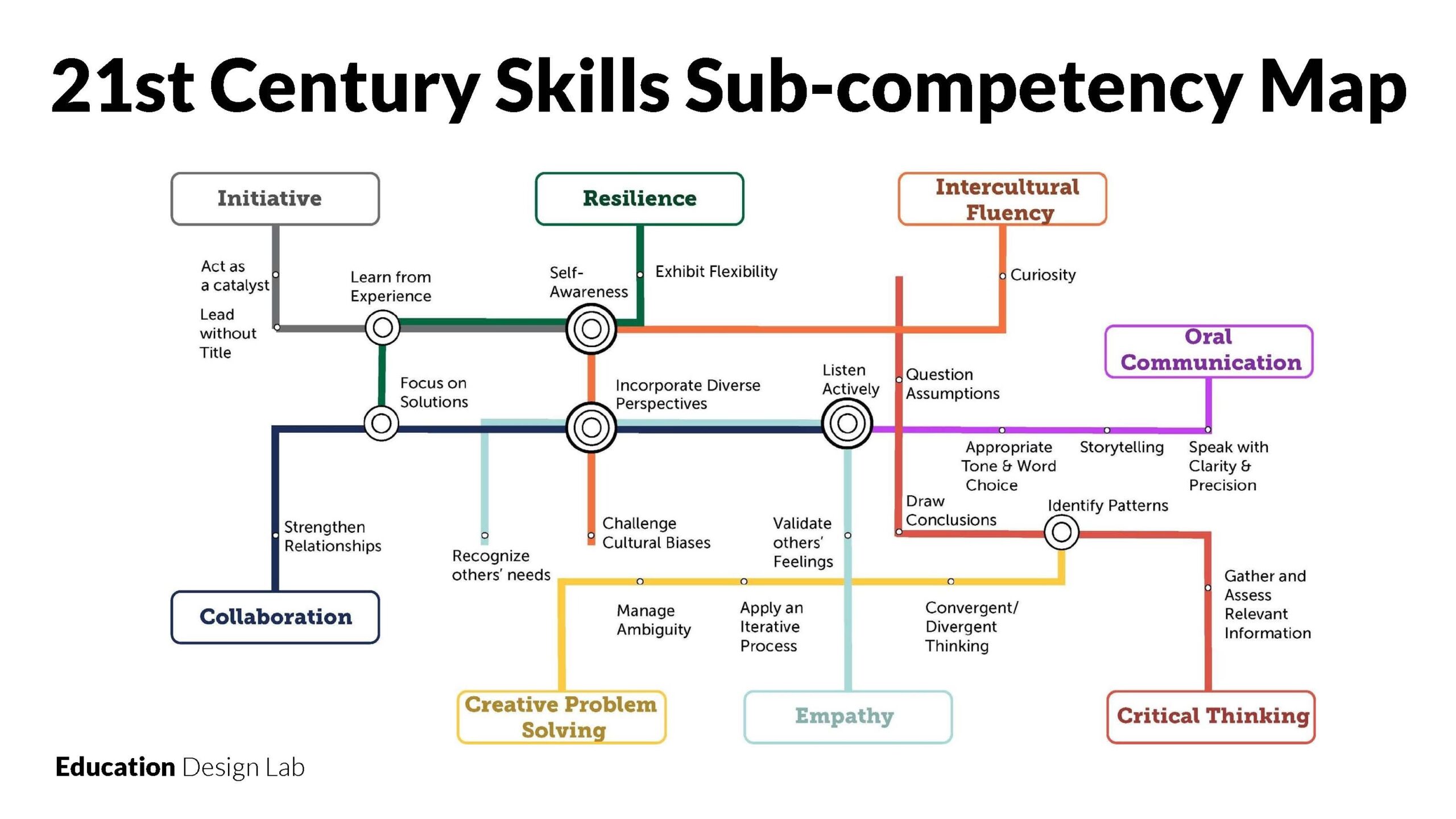 RSDs are machine-readable, searchable data that includes the context behind a skill, giving users a common definition. RSDs can help establish a shared language across credentials, learning, and jobs. This new framework encourages open standards and interoperable technologies to build a robust skills economy and ecosystem; empowering individuals with the currency of the skills in the marketplace.

There are five primary goals with the Open Skills Pilots:

Our pilot entailed collaborators working with the Lab’s 21st Century Skill Framework to consider how their systems would be able to consume and maximize the Rich Skill Descriptor collection, further catalyzing the transition to a skills-based hiring ecosystem. There were two categories of collaborators (technology systems and interoperability + credential standards organizations) that explored how the 21stCentury Skill Collections (libraries of skills) could be integrated into their existing and future technologies as a means to deploy to their higher education and business customers.

Insights we gathered from the process working with OSN collaborators included the ability to:

The boundary-spanning nature of the Lab’s 21st Century Skills Competency Framework contributes to the redesign efforts needed for new majority learners. The Lab is acting as an aggregator of multiple perspectives to further expand access, dissemination and scalability of the 21st century skills competency framework and digital micro-credentials to effectively offer new majority learners the opportunities they deserve to create the futures they want for themselves. The development of these pilots encourages open standards and interoperable technologies to build a robust skills economy and ecosystem, empowering learners with skills as the currency needed to thrive in the marketplace.

Skills-based education and hiring can advance equity, efficiency, and efficacy in job searching and hiring practices. Today, workers, learners, and job seekers have access to a greater number of credentials — degrees, certificates, licenses, certifications, badges, and apprenticeships than ever before. According to Credential Engine, there are currently over 1,000,000 confirmed credentials in the U.S. However, the critical task of tracking, defining, and comparing credentials has not kept pace, leaving a gap between the skills people develop and the skills people need to be competitive in the labor market.

The Lab is excited to scale the opportunity of digitally connecting our 21st Century Skills Framework across organizations, ecosystems, and industries. As we push for broad use cases to connect the framework, we hope to enhance partnerships with vendors, education providers, and organizations to proactively develop an open skills library to link to employer practices in ways that empower learners.

Want to stay up to date with our work on 21st Century Skills? Follow us on Twitter and LinkedIn for frequent share outs of our learnings, general Lab updates, and opportunities to connect!